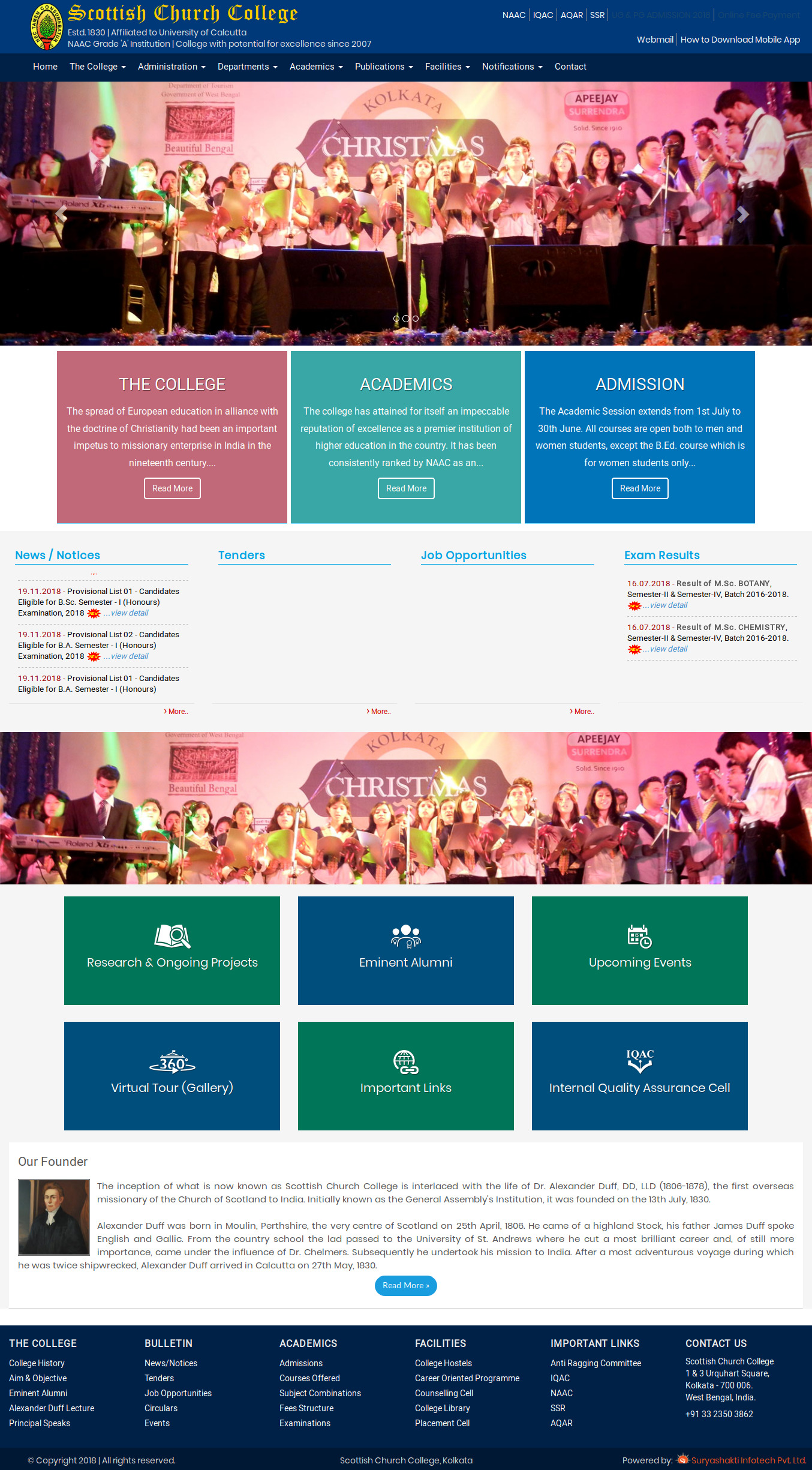 The spread of European education in alliance with the doctrine of Christianity had been an important impetus to missionary enterprise in India in the nineteenth century. Scottish Church College, established in 1830 as the General Assembly’s Institution and given its present name in 1929 is an institution born out of one such impetus.

The college founder, Rev. Alexander Duff, was the first missionary to India from the Church of Scotland. His idea was to set up an institution which linked western education with the Christian mission and the eventual progress of the people — years later the College is committed to the vision of its founding father and aims at academic excellence along with social awareness and character building.